The Data Is In: Our Industry Report and Pew Research Data Show People Are On The Move 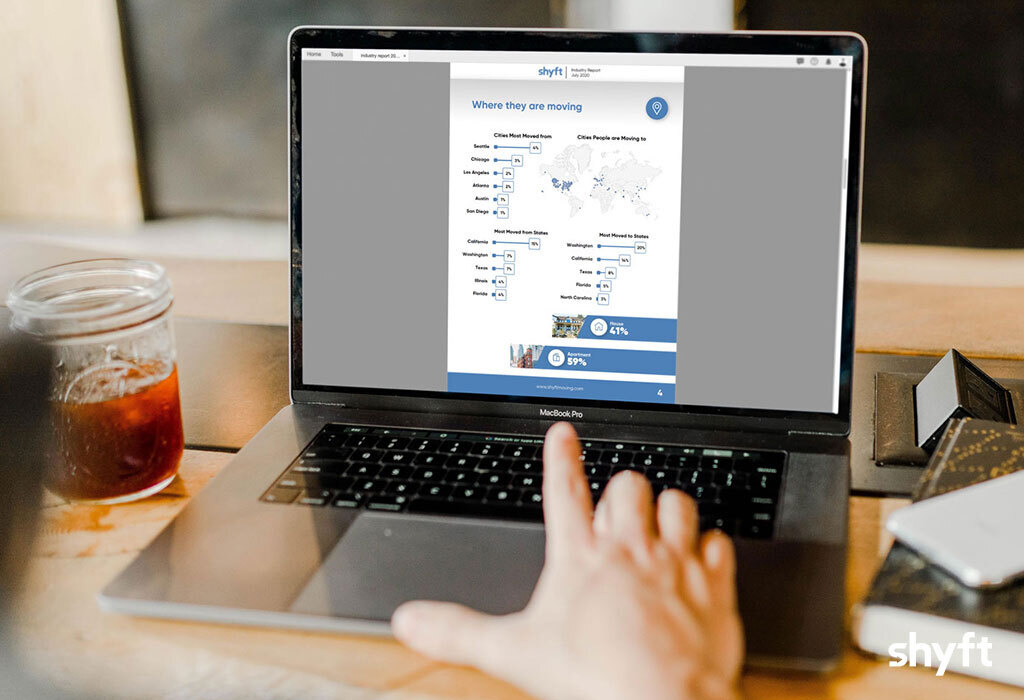 People are on the move.

That’s the main takeaway from new data out of the Pew Research Center earlier this month and findings from our updated Global Mobility Industry Report.

While many of us predicted that the outbreak of the pandemic would see a huge drop in the number of people moving, with some even going as far as saying it would grind to a near halt, the data suggests that people are very much still on the move.

But, dive a little deeper and it’s clear that many of the moves are actually as a direct result of the pandemic.

According to the Pew Research Center survey, almost a quarter of Americans (22%) say they are either relocating due to COVID-19 or they know someone who did.

That is quite a staggering number. Especially considering the scale of the impact the pandemic has had on almost every area of our lives, the numbers of those who have lost their jobs, and the industries that have been decimated.

The breakdown of 22% in question is:

What do these moving statistics mean? People are still moving, but probably significantly less than pre-COVID-19

Probably the best data we have on pre-COVID-19 mobility, from the United States Census Bureau, points to around 32-33 million people moving in the states annually. This is very close to 10% of the entire population moving every year.

Comparing that to the most significant statistic from the Pew Research - that 3% of people said they have moved - paints an interesting picture.

If you assume those people had moved over 3 months, from early-March to early-June (the Pew data was gathered between June 4 and 19, but does not indicate the dates respondents were asked to include, although early March was when daily infection rates went over 100), it averages at 1% of the population moving every month. Or 12% of the population moving annually when extrapolated.

If the moving period is extended to 4 months, from early-February to early-June, it averages at 0.75% of the population moving each month, or 9% annually when extrapolated.

Both of these figures are similar to the pre-COVID-19 data, which was close to 10%.

However, extrapolation from the Pew moving statistics is probably not wise for three reasons:

Regardless, there are a few conclusions we can draw whether or not these numbers hold up over the rest of the year.

Alongside the data from the Pew Research Center, we have been collecting our own data are today publishing it in our Global Mobility Industry Report July 2020 - Understanding The Next Generation Workforce.

The most interesting facts about moving during the pandemic that came out of our internal data were:

Interestingly, most of the key moving statistics we have drawn from our data, do not show major change when held up next to the data we analyzed for our previous industry report, before the pandemic. 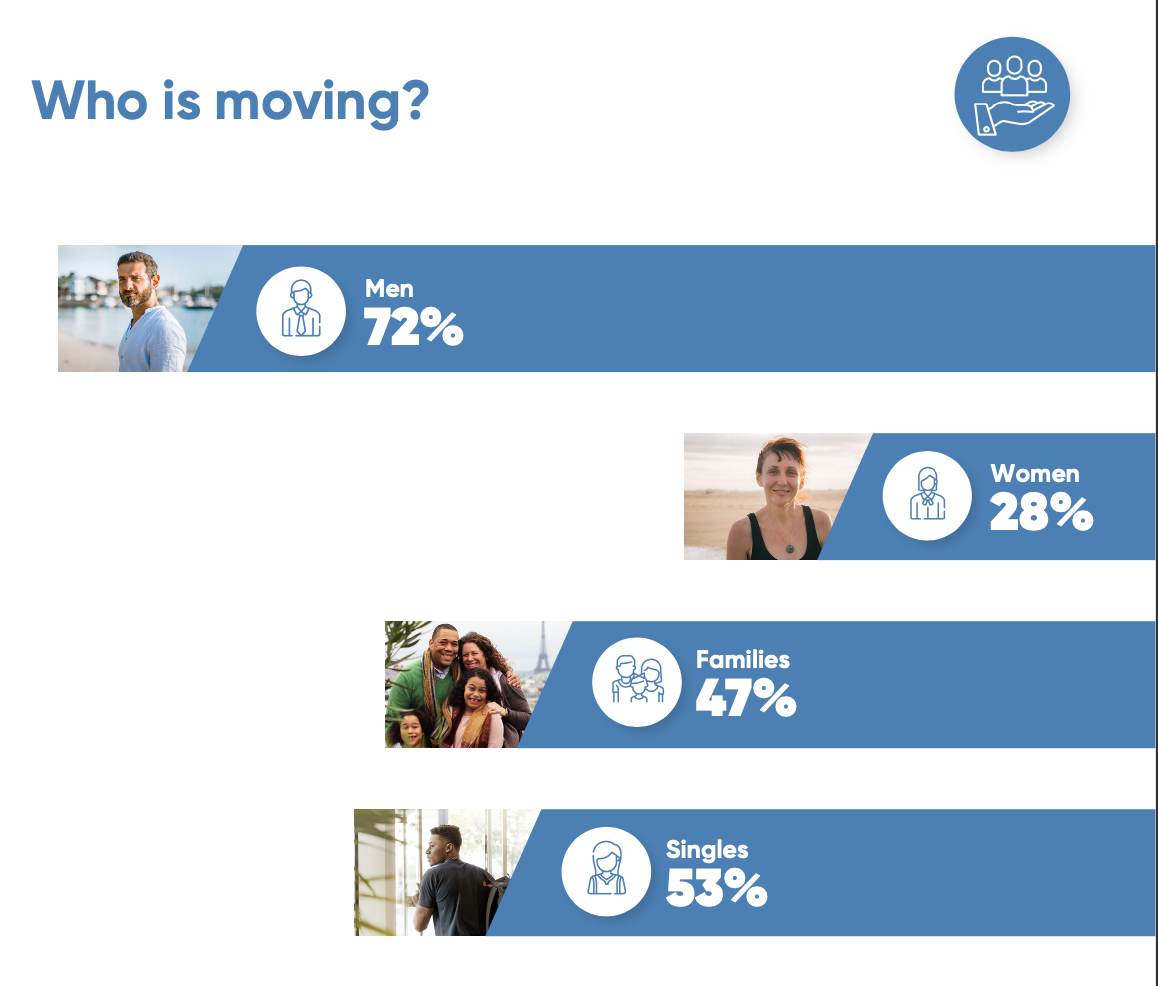 We looked at metrics such as where people are moving, how far they are moving, the weight and volume of what they move, and much more. And for the majority of the moving statistics we measured, the dial hasn’t moved more than we would have expected due to normal year-to-year fluctuations.

This broadly reflects the data that came out of the Pew Research Centre.

What does this mean?

Domestically at least, people are still moving in huge numbers. Moves that have been canceled or postponed may have been replaced by moves specifically caused by the pandemic.

What does the future hold?

While we may see a slow down in the number of moves as those specifically caused by the pandemic plateau or dry out altogether, it might be equally likely, especially if and when COVID-19 is brought under tighter control, that we see a spike in people moving, as pent-up demand is released.